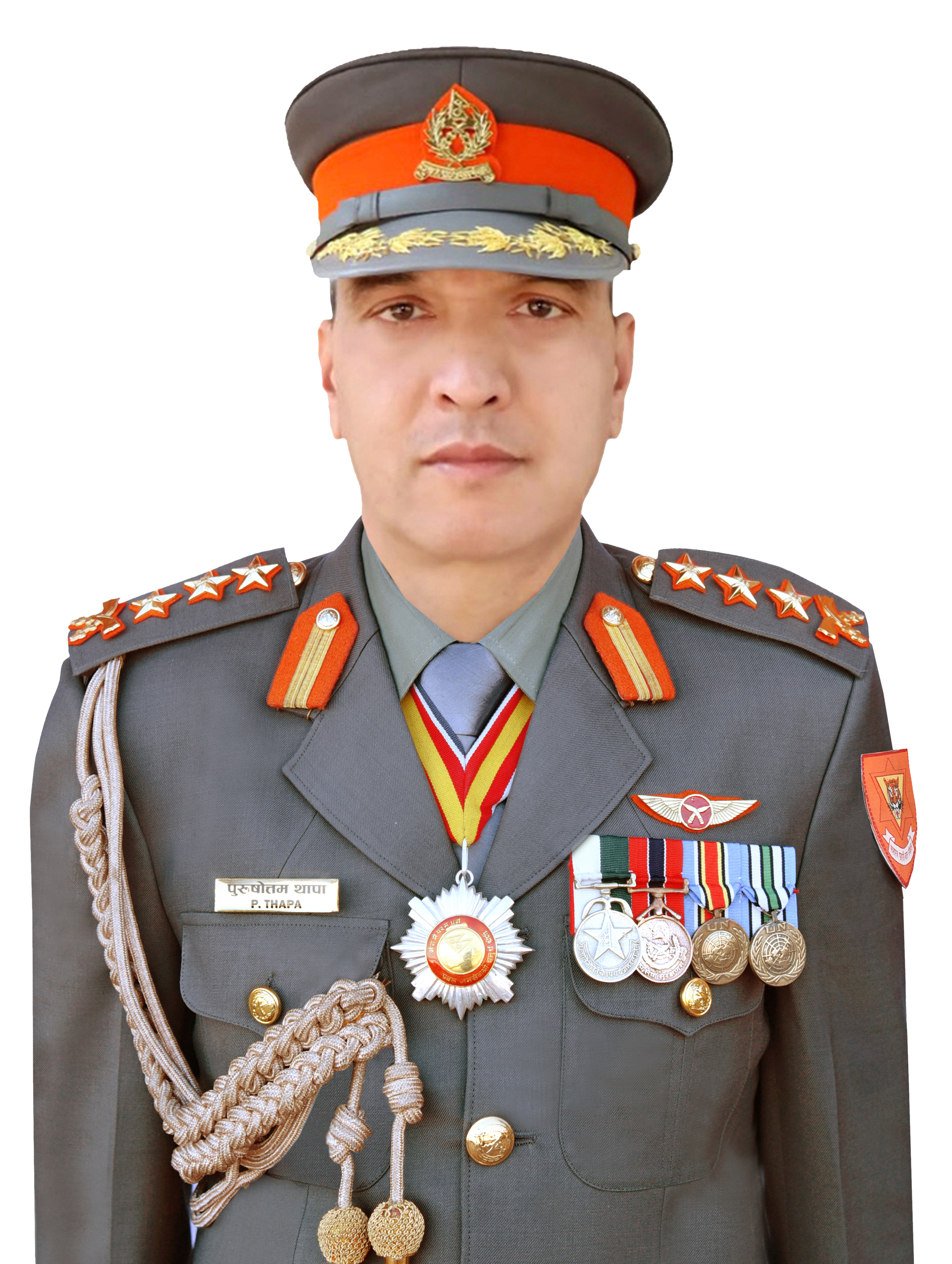 Armed Police Force, Nepal takes pride in contributing its soldiers in peacekeeping efforts under the coveted blue flag of the United Nations for global peace and security as a whole. Nepal's idealism and policy remains on peace and strengthening the world body. APF, Nepal has basic principles while approaching for participation in different peacekeeping operations based as given below;

APF, Nepal taking part in some of the most difficult operations at several occasions has suffered casualties in the service of UN. Likewise professional excellence of the APF, Nepal troops has won universal appraisal.

APF, Nepal has evolved special training courses for its UN peacekeeping personnel prior to their dispatch to the missions as per the need deemed on the ground whilst in mission area. Those courses designed focus on the lessons learnt by former mission returnees, the commitment to the UN and the guidelines received from UN bodies at times.
Departmental policy guidelines, earmarking of contingents and personnel for the forthcoming training and mission duties fall under the supervision of a Deputy Inspector General at the Department of Human Resource Development headed by Additional Inspector General.
APF, Nepal training command is the second conceptual ladder and is responsible for the following;

3. A Pledge for Peacekeeping

APF, Nepal is persuaded by the high moral ethics of time long civilization wherein to take up arms against the evil is considered a righteous duty
The Bhagwad Gita, the Hindu holy epic reads :

"Further having regard for thine own duty,
Thou shouldst not falter,
There exists no greater good for a warrior,
Than a battle enjoined by duty"
--- --- Bhagwad Gita

Not surprisingly therefore, through the ages, the profession of arms has always held a place of pride in the Nepalese culture. The APF, Nepal personnel cherish their heritage for having an unmatched reputation to live up to. The sense of their commitment to duty hold them accountable to sacrifices of the highest order to uphold the glorious traditions of the APF, Nepal. Taking into consideration over the last missions and thereof the performance whenever and wherever the situation demands of a reliable effective force undoubtedly there comes APF, Nepal in the front and the foremost line.

6121 Armed Police Personnel have participated as a member of FPU contingent and 739 personnel have surved as an UNPOL until 2016.